A memory enhancing system, a proprietary platform for neuroscience techniques applied to consumption or an open-source platform for recording and processing biomedical signals. These are some of the technologies in which the Research and Reading of Biomedical Signals start-up works, ILSB, which has recently been incorporated into the UMH Scientific Park. Created in 2016 by Juan Antonio Barios, Jorge Barios and Nazario Félix, this technological company was born as a result of the research work developed by its partners at the Biomedical Technology Center of Madrid.

The ILSB firm focuses on the research, development and commercialization of specialized technologies in the processing of biomedical signals and in their different applications in the health field. To achieve its objective, the company is currently working on different tools such as MemBoost, a memory enhancing system that is currently under development or Signalino, which is already on the market, and which consists of an acquisition system of open-source and low cost biosignals implemented as a shield (modular circuit board to give extra functionality) for Arduino. Also in others such as Scignabot, a biomedical signal processing and registration platform for interaction with neurorehabilitation robots and brain-computer interface systems. The latter is carried out in collaboration with the iDRhA spin-off of the UMH Scientific Park. In addition, together with the latter company and the Miguel Hernández University, ILSB has signed an agreement with the San José Institute Foundation to establish a laboratory for new technologies in neurorehabilitation in Madrid.

To continue with the research and development of its products and services, this company has chosen the UMH Scientific Park to establish its R + D + i laboratory. “The facilities of the PCUMH offer us a wide range of possibilities to collaborate with innovative companies. In addition, Elche is a very industrial area and we think it is the ideal place to start expanding, “says ILSB CEO Juan Antonio Barios.

An ambitious project that seeks to innovate from the Scientific Park of the UMH with the aim of becoming a benchmark company in the field of biomedical signals. All this, through the development of products that help to know in depth the behavior of that powerful machine that is the brain. 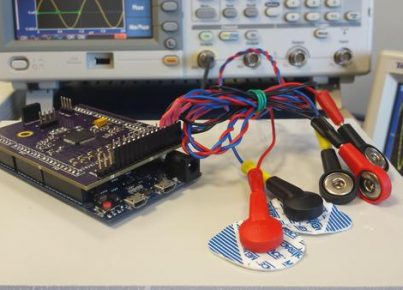 Introduction In Signalino we are makers from the very beginning, and we…